The House of Assembly aspirant on the platform of the All Progressives Congress (APC) for Umuahia East Constituency of Abia State, Hon Austin Okezie Meregini, has resigned as a member of the party.

He had earlier announced his withdrawal from the State House of Assembly race during the just concluded primary elections held across the state by the party.

Meregini made this known in a letter addressed to the All Progressives Congress Ndume Ward in Umuahia East State Constituency, issued to journalists in Umuahia, the state capital on Thursday.

In his resignation letter, he cited a violation of the democratic principle of fairness by the National Working Committee (NWC) of the APC.

According to Meregini, “I wish to inform you of my decision to resign as a member of the All Progressives Congress.

“The decision is borne out of the continuous internal crisis of the party in Abia State and the decision of the NWC to share the yet-to-be-conducted elective positions in the forthcoming party primaries, which I believe is against the democratic principle of fairness.

“It is regrettable that I am left with no choice under the circumstances, having put in a lot over the years to help build the party in the state.

He used the medium to express his immense gratitude to the party members and teeming supporters for their continued support throughout the preparation for “the process that turned sham and rape to democracy”, assuring them that he remained committed to the dream to enthrone the needed responsive and effective representation and leadership in Umuahia East Constituency of Abia State through a future electoral process.

In another development, the All Progressives Congress (APC), on Wednesday, approved a direct mode for the conduct of gubernatorial primaries in the state for aspirants seeking its ticket ahead of the main general election in 2023 in Nigeria.

This comes on the heels of the genuine calls on the national leadership of the APC by many of the aspirants jostling for its governorship ticket ahead of the 2023 election in Abia state.

This was disclosed in a terse statement made available to journalists in Umuahia, the Abia State capital, on Wednesday night.

With the approval of the APC national leadership for the direct primaries, members of the party were encouraged to participate in the primaries designated across the 184 wards of the seventeen local government areas of Abia State.

The APC governorship primaries are currently ongoing at the designated venue in Umuahia, the state capital. 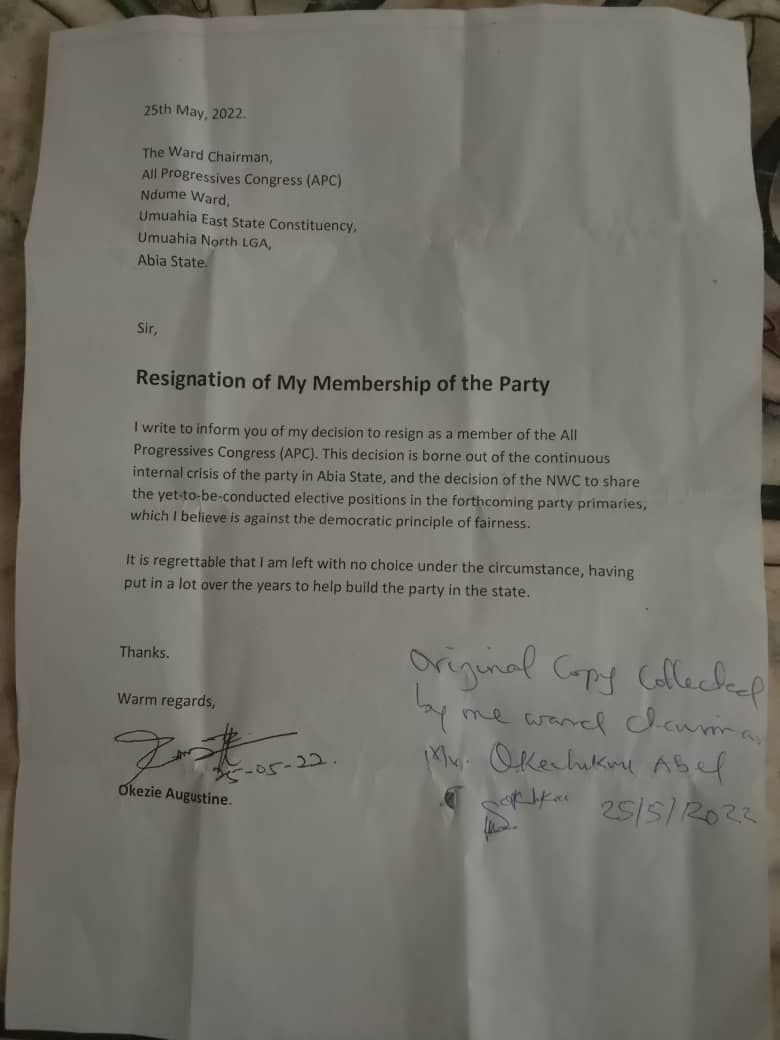 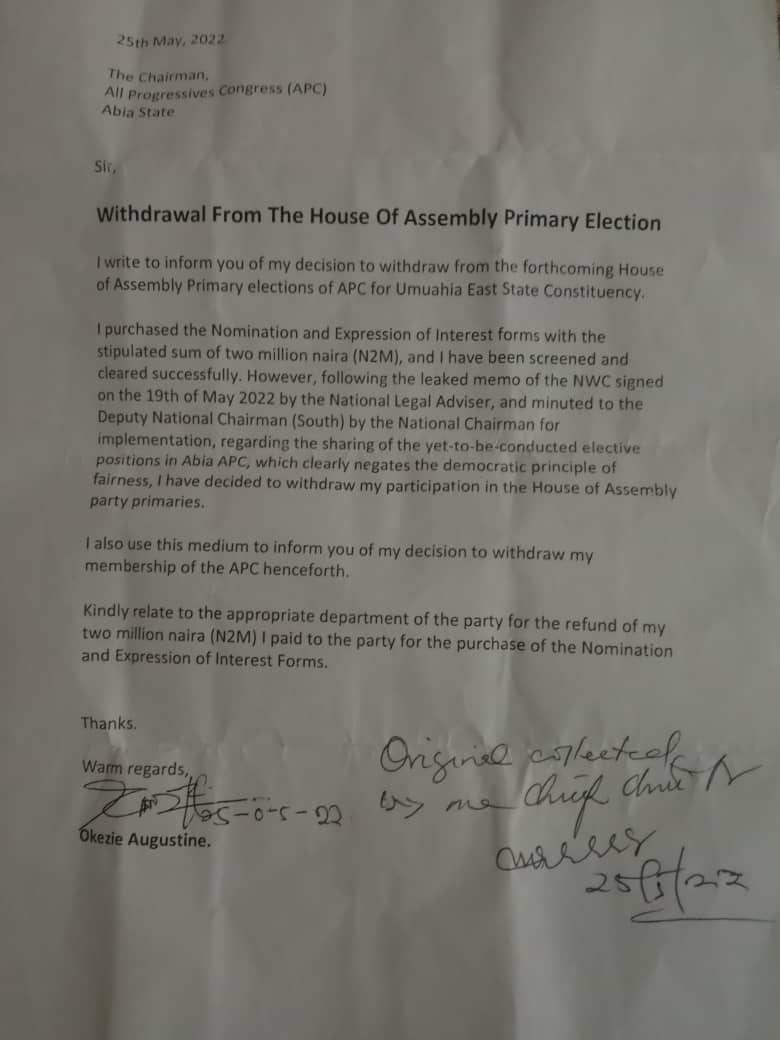 My Convoy Not Responsible For Death Of Young Child In...

History Will Be Cruel To Tinubu, Bisi Akande, Gbajabiamila, Others...