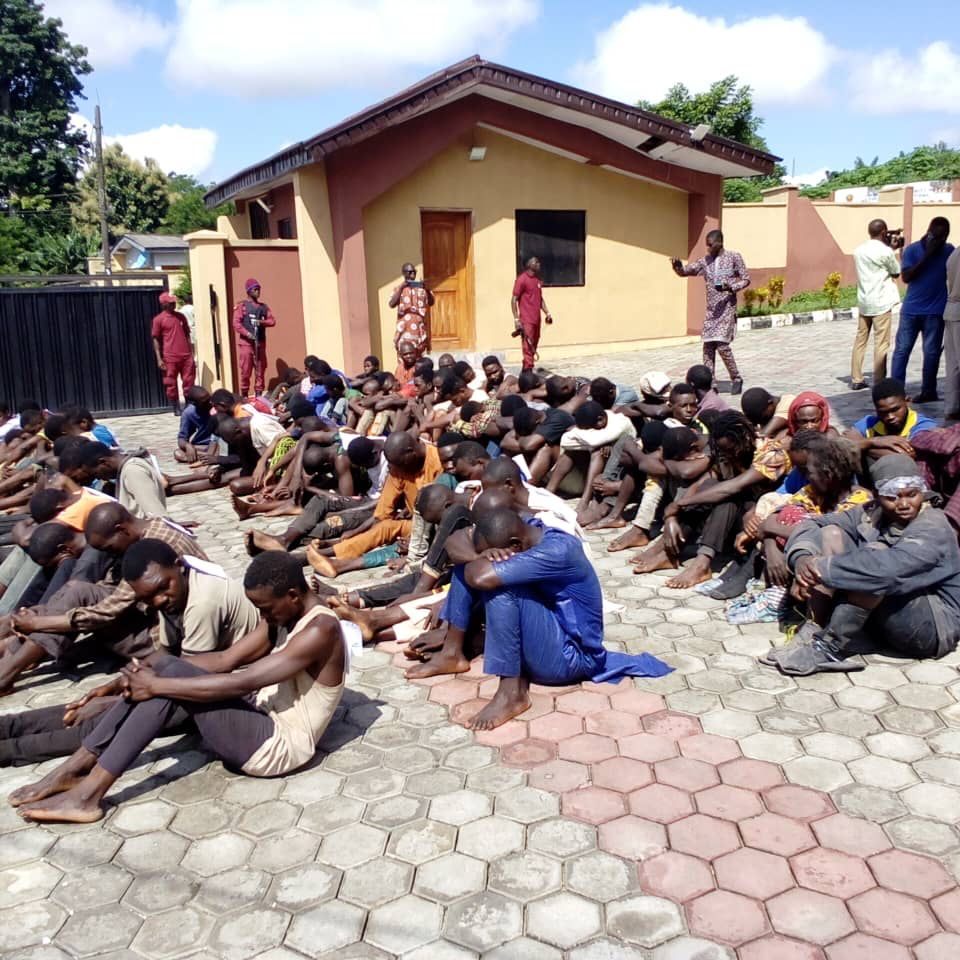 The Commander of Amotekun Corps in Ondo State, Adetunji Adeleye says a number of suspects have been arrested in connection to the attack on St. Francis Catholic Church in the State.

Adeleye disclosed this on Thursday while parading 71 suspects for crimes ranging from kidnapping to robbery and cultism.

He said the command also recovered some items and a vehicle used by the suspected terrorists after the deadly attack.

Some terrorists on Sunday, June 5, 2022, attacked the church located on Owa-Luwa Street in Owo, the hometown of the state governor, Rotimi Akeredolu, leaving many parishioners dead and several others injured.

Akeredolu had put the number of persons that died during the attack at 40.

The massacre has since been condemned by Nigerians, including President Muhammadu Buhari and many state governors who have called for a probe into the attack.

The names and pictures of the victims were released by the church in the printed copy of the programme of events for their funeral service last Friday.

“We have arrested a number of those who perpetrated evil at the St Francis Catholic Church in Owo,” Adeleye said.

“They came on motorcycles and hijacked a Golf vehicle. We have successfully recovered the vehicle and will soon arrest all the killers.”

He added that the corps was collaborating with other security agencies in profiling the suspects before they are arraigned in court.

‘FG Should Wake Up And Provide A Future For The...

‘How herdsmen slaughtered my husband, aborted his dream of becoming...

Supporters Almost Cause Stampede As They...

North-South power shift decision should be...