Multiple award-winning Nigerian writer, Chimamanda Ngozi Adichie, has given a detailed account of the four-year feud she had with fellow writer, Akwaeke Emezi, in a lengthy essay titled ‘IT IS OBSCURE: A TRUE REFLECTION IN THREE PARTS’.

In 2017, Adichie granted an interview where she expressed her opinion on whether transwomen should be considered ‘women’.

She said in the interview, “My feeling is trans women are trans women. I think the whole problem of gender is about our experiences and how the world treats us. It’s not about how we wear our hair, whether we have a vagina or penis,”

However, the relationship between the two writers became sour after Emezi took to Twitter in 2020 to criticize Adichie over her statement, adding that the ‘Purple Hibiscus’ writer is transphobic just like British author J.K Rowling.

Emezi is a non-binary transgender who identifies with they/them pronouns. 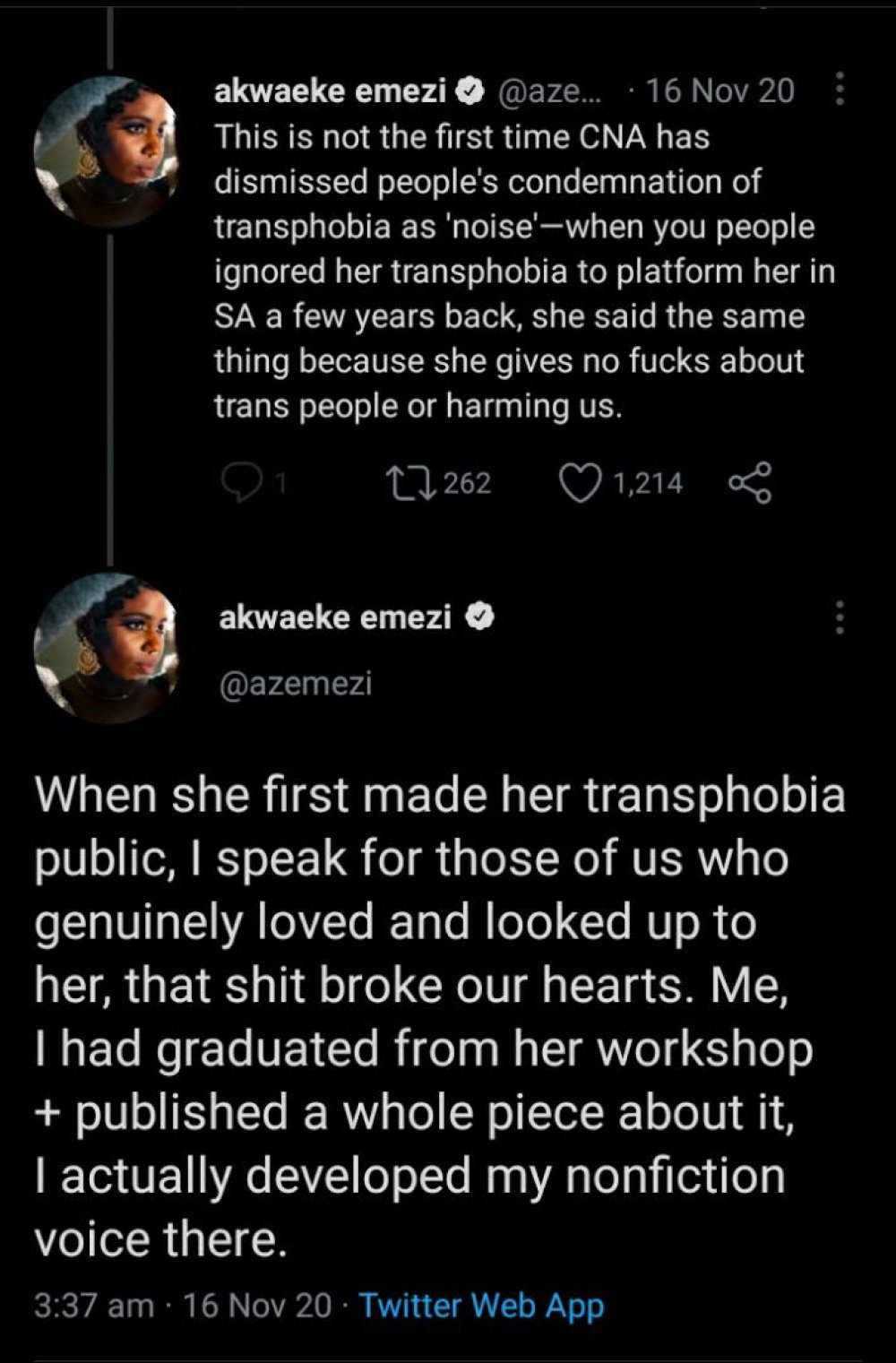 In order to protect her reputation, Adichie penned down a lengthy three-part essay where she addressed the issue.

She wrote, “When you are a public figure, people will write and say false things about you. It comes with the territory. Many of those things you brush aside. Many you ignore. The people close to you advise you that silence is best. And it often is. Sometimes, though, silence makes a lie begin to take on the shimmer of truth.

“In this age of social media, where a story travels the world in minutes, silence sometimes means that other people can hijack your story and soon, their false version becomes the defining story about you. Falsehood flies, and the Truth comes limping after it, as Jonathan Swift wrote.”

Following her essay, Twitter users took to the micro-blogging app to express their opinion on the issue. 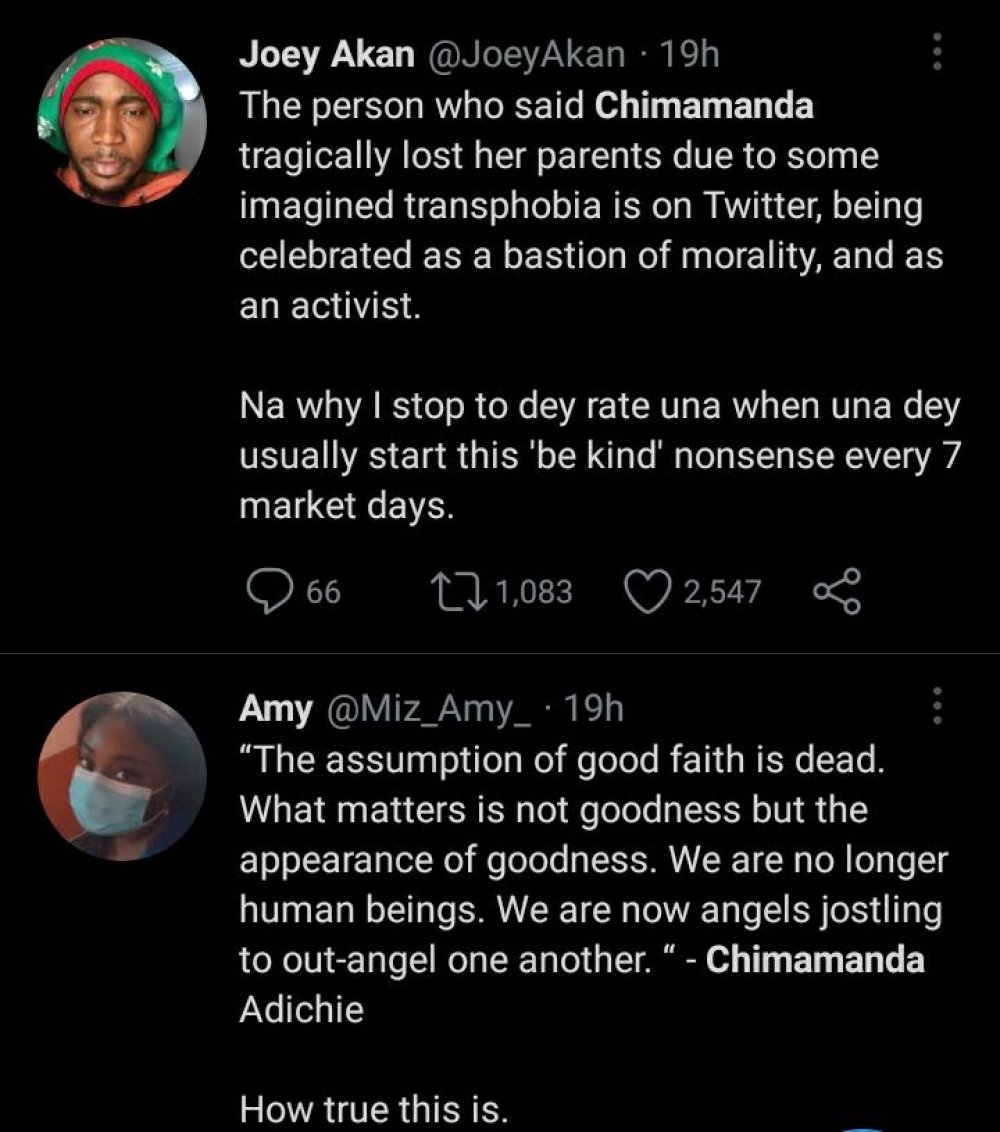 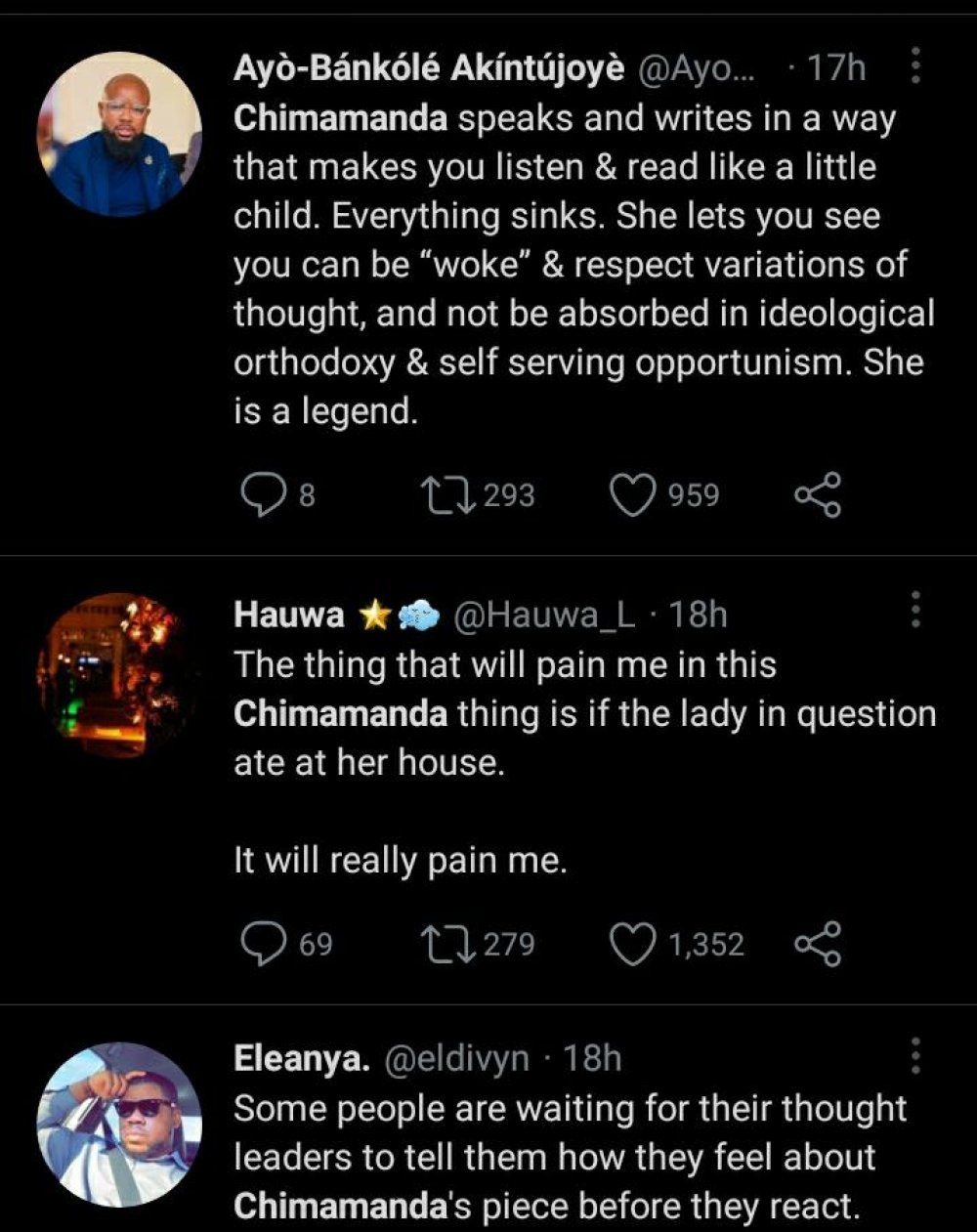 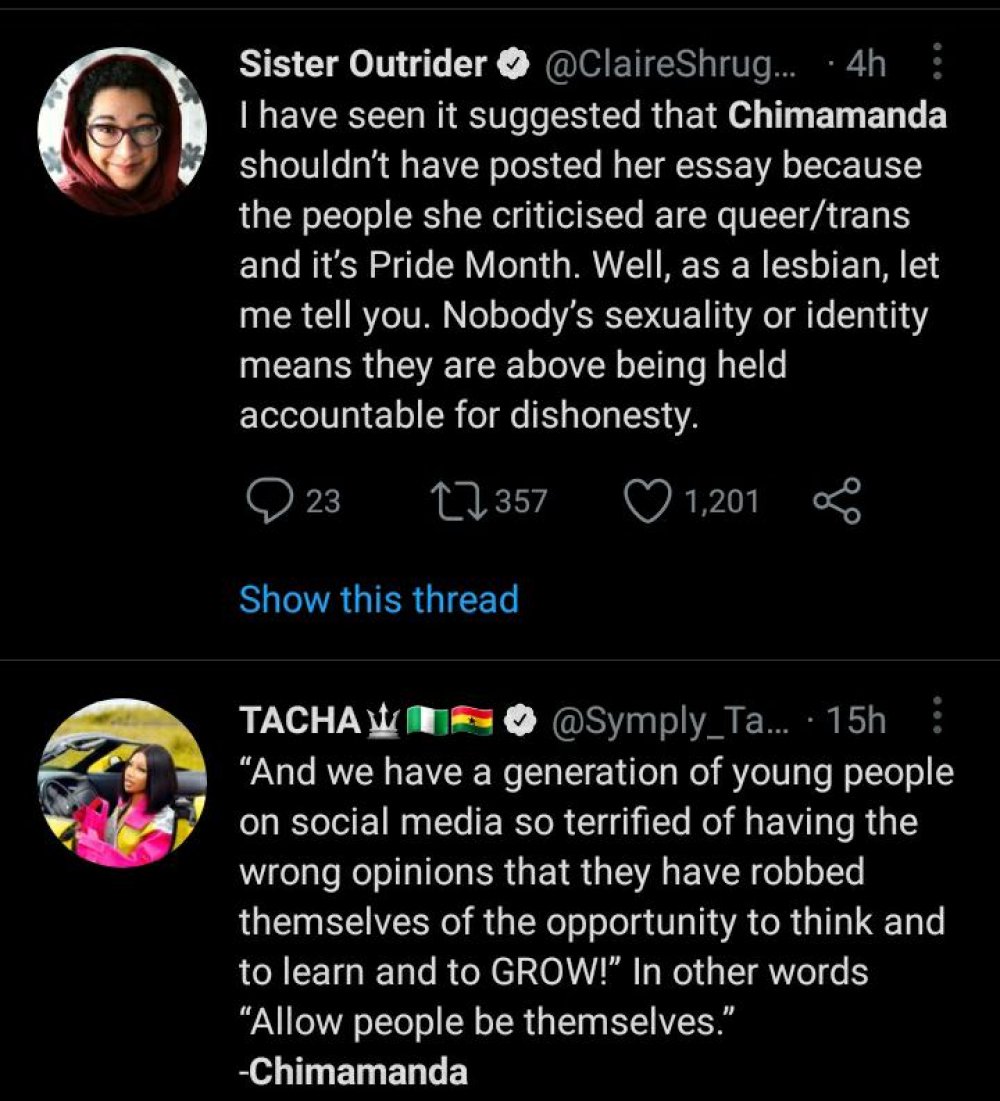 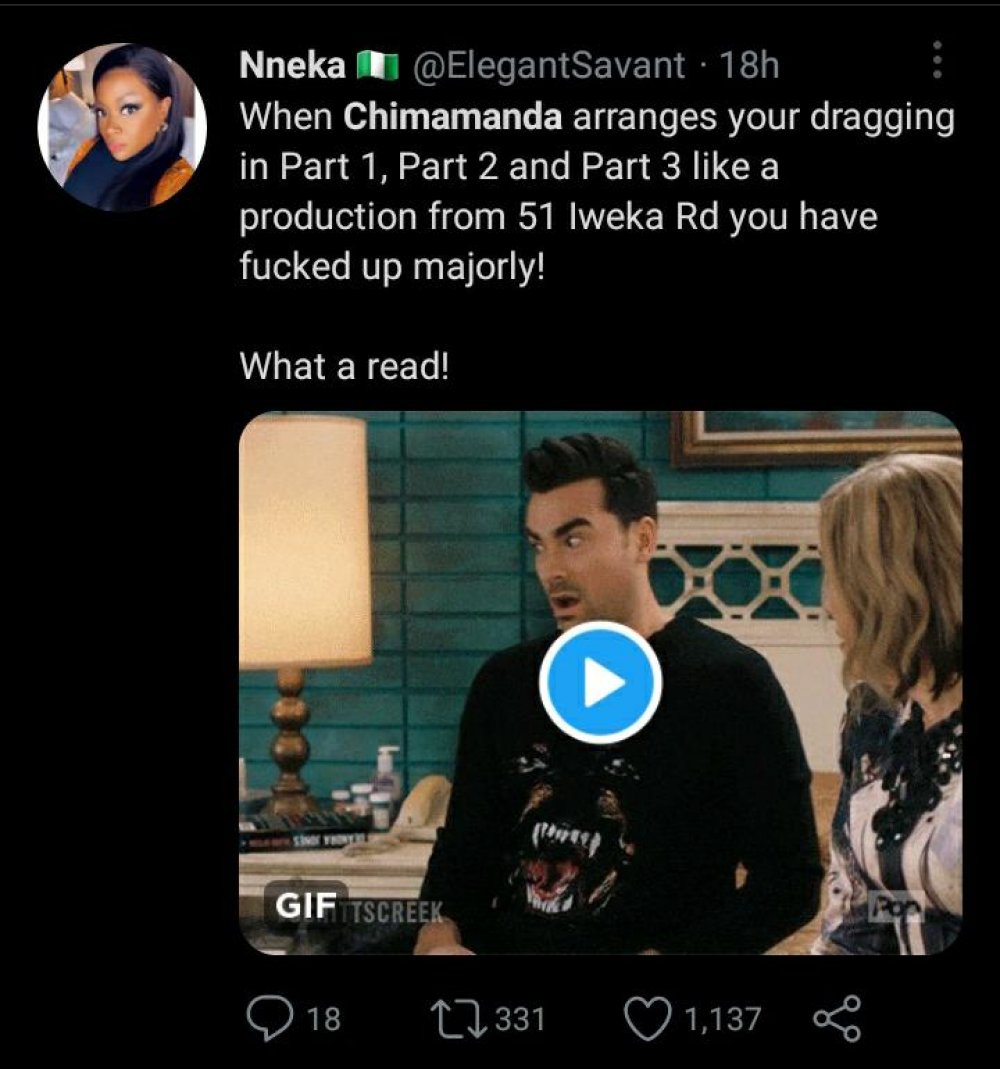 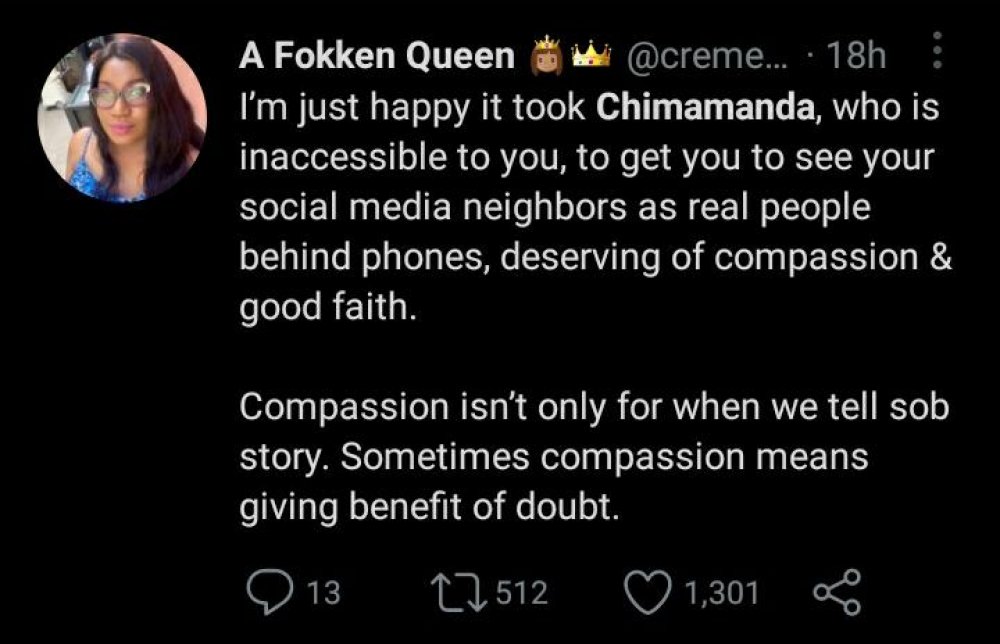 FG begins distribution of inputs to farmers in Delta

Man in court for alleged unlawful damage, threat to life

‘I will not condone any act of recklessness’, CJN warns...

How Nnamdi Kanu Was Given Away...

Sit at home: Spirit of Biafra...

Ramadan: Some undisclosed NGOs cause hike...