Taliban Seeks International Aid After Earthquake Kills Over 1,000 In Afghanistan 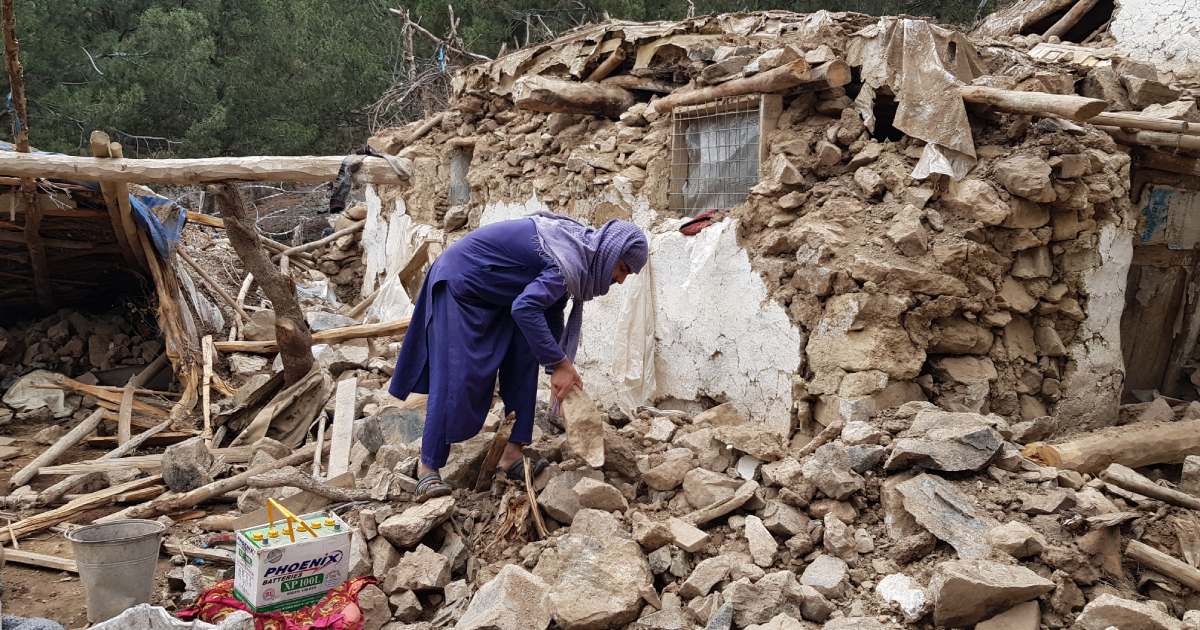 The Taliban-led government has appealed for international aid following a magnitude 5.9 earthquake that rocked Afghanistan on Wednesday resulting in the death of over 1,000 people.

Doctors in the region noted that several children have also fallen victim to the incident, BBC reports.

While scores of persons have sustained injuries, unknown numbers remain buried in the rubble of ruined, often mud-built homes.

Afghanistan is in the midst of a humanitarian and economic crisis, the Taliban said sanctions imposed by western countries after the withdrawal of US-led coalition forces last year meant it was handicapped in its ability to deal with the disaster.

The country’s supreme leader, Haibatullah Akhundzadah, pleaded with the international community and humanitarian organizations “to help the Afghan people affected by this great tragedy and to spare no effort.”

The death toll climbed steadily as news of casualties filtered in from hard-to-reach areas in the mountains, and Akhundzada, warned it would probably rise further on Thursday.

Meanwhile, a senior Taliban official, Abdul Qahar Balkhi, said the government “appreciated and welcomed” help that has been pledged by some other governments and relief agencies such as Médecins Sans Frontières and the Red Cross.

“The government sadly is under sanctions so it is financially unable to assist the people to the extent that is needed. The assistance needs to be scaled up to a very large extent because this is a devastating earthquake which hasn’t been experienced in decades,” he added.

Meanwhile, international organizations such as the United Nations and European Union have noted their readiness to render assistance amid the deployment of health teams and supplies of medicine, food, trauma kits and emergency shelter to the quake zone.

Labour Party-NNPP Merger: We're Yet To Agree On If Peter Obi Or Kwankwaso Will Be Presented As Presidential Candidate— Doyin Okupe

Bandits, Killer Herdsmen Are Criminals But They Should Be Pardoned,...

The story behind formation of OPC in Yorubaland ― Gani...

Ozekhome Calls On Nigerians To Compel...